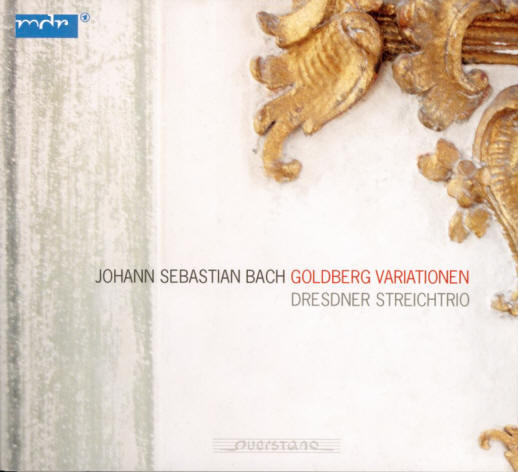 To arrange the music of Johann Sebastian Bach, to adapt it for or transfer it to other instruments is not an invention of the 1950s.
But the interests of musicians overlapped with those of recipients very intensively at that time, mutually enriching each other. The public seemed to be hungry for the music of Bach. People could not wait to get their hands on Glenn Gould's first recording of the Goldberg Variations on the modern piano. Bach was suddenly "in."
The first attempts at an authentic performance practice were made, and had another effect: Bach's works became accessible to a wider listening public.
Arrangements and transcriptions from different approaches followed during the 1960s, unfortunately of varying quality as well.
Popular music made use of Bachian motifs and entire movements, in order to have them sound in different clothing. Bach suddenly became an ear-tickler, and purists were outraged. The complexity of the Goldberg Variations would probably thwart all attempts at making them popular in this manner. The design of the 30 variations is too intricate to serve as a background cocktail for the unpractised ear. Thank goodness no one has ever tried to disfigure them in excerpts.
Those who took the Master's music seriously, of course, made sure to re-examine the content of the original score before making an arrangement or adaptation. In the case of the Goldberg Variations, this content is bound by Bach to the two-manual harpsichord expressis verbis. Nevertheless, Glenn Gould's piano versions have found favour in the eyes of analysts, at least over the course of the decades.
The thought of having the work played by a string trio seems a much more delicate matter. Three musicians must here come to terms with and reach an agreement upon that which applies to one harpsichordist or pianist. And that must be done with strings, not with plucked instruments, for example, with which one could perhaps best duplicate the sound of the harpsichord. But, just as an "aria" can be coaxed from a harpsichord, string instruments can bring toccatas to life. The choice of instruments per se is therefore not the problem.

The transfer has taken place almost literally throughout. One must come to terms with the harpsichord version, as did Glenn Gould for his piano version, in order to do justice to this "piano composition" with the string trio. The score does not need to be changed for the piano; at most, one should not lose sight of the terraced dynamics indicated in the harpsichord version.
A string trio must of course take these into consideration. But how strictly should they be executed ?
Perhaps the following question is helpful in this situation: how would Bach have adapted his Goldberg Variations for string trio? Perhaps he would have done it less academically than we would today. With the trust in current performance practice, so-called artistic freedom did not yet count for so much in those days.
The Dresden String Trio has compared the transcription with the harpsichord version note for note, This means that the present recording of the Goldberg Variations is also based upon Bach's score, without alterations.